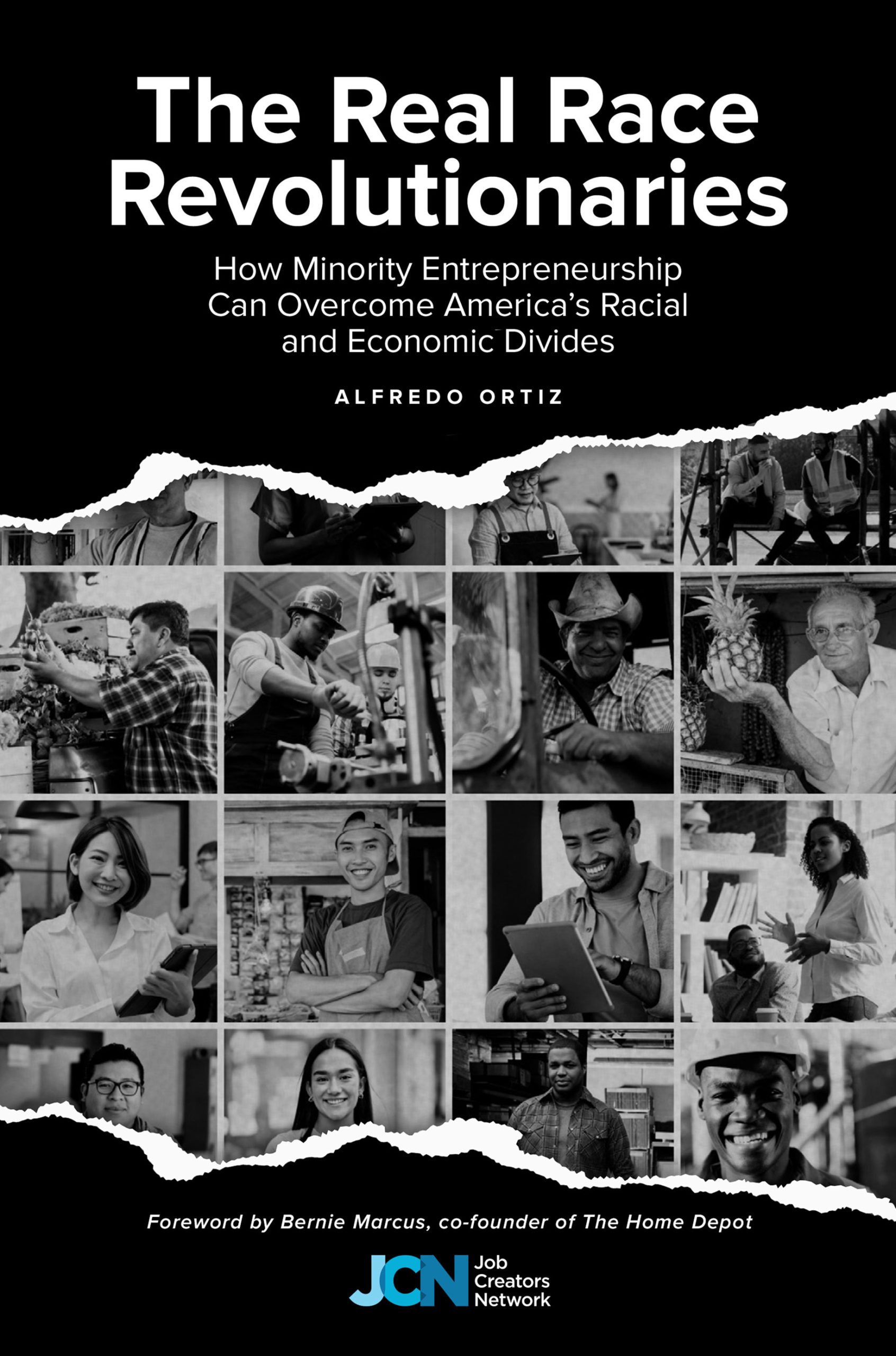 How Minority Entrepreneurship Can Overcome America's Racial and Economic Divides

about The Real Race Revolutionaries

This book grew from the congressional testimony I offered before the US House of Representatives Ways and Means Committee in the spring of 2022 in a hearing on the barriers facing minority small businesses. I explained how bad government policy, not racism, is the biggest barrier to minority economic opportunity. This book completes that argument.

I’ve lived the challenges and opportunities facing minority entrepreneurs firsthand. My parents came to the US over 50 years ago from Mexico City to pursue the American Dream. They’ve both passed on, but the values they taught me — hard work, grit, and gratitude — helped me become a successful small business owner.

Millions of minority entrepreneurs from Asia, Africa, South America, and the Middle East come here for the same reasons my parents did. To take advantage of America’s free-market economy, which rewards ingenuity, hard work, and customer service over credentials, family connections, and skin color. I have dedicated my professional life to preserving and expanding these entrepreneurship opportunities that are constantly under attack.

These days in America, racism is sporadic, not systemic. Racism is universally viewed as one of the worst characteristics a person can have. Activists invoke it so often because it is such an effective cudgel. They have succeeded in implementing a Catch-22: to argue against systemic racism is, in itself, racist! This trap is one reason why the fiction that racism is the cause of racial inequality has been able to fester. Few are brave enough in this environment to argue against it.

I bear the battle scars. In the spring of 2022, I testified in front of the House of Representatives Ways and Means Committee and argued that minorities can overcome racial economic gaps through entrepreneurship. This perspective was in stark contrast to the other witnesses, who claimed the government needed to increase income redistribution to minorities to make up for the racism holding minorities back.

My testimony, based on years of research and expertise as the leader of one of the nation’s largest small business groups, wasn’t received well by the Democratic members, to put it lightly. Stacey Plaskett, delegate to the House from the US Virgin Islands, said she was “troubled by the rhetoric” she was hearing and claimed that it was “inappropriate” to argue minorities can overcome their circumstances through entrepreneurship.

Similarly, a few weeks before my testimony, Dina Rubio, a Florida restauranteur and member of the Job Creators Network, testified before the House about the negative economic effects of government spending and regulations on her business. The hearing committee chair, Rep. Jim Himes (D-CT), indicated that he was “disappointed” Rubio brought up this real-world problem, noting that he’d prefer to stick to supposed “structural” racial equity barriers facing entrepreneurs.

“Alfredo Ortiz heads one of my favorite organizations, Job Creators Network. Now he has written one of my favorite books of the last few years. Small business creation, Ortiz persuasively argues, is the pathway to prosperity for Americans of any race or ethnicity. Ortiz reminds us that this has been true for all of our history. It remains the best path forward.”

“There is no organization in America that better defends small business owners and free enterprise than the great team at Job Creators Network. This new book, written by JCN president Alfredo Ortiz, brings together the best data and research on the causes of wealth gaps among and between racial and ethnic groups, and the very best way to close those gaps, which is entrepreneurship. It’s a great read, and a compelling case for small business.”

Alfredo Ortiz is the president and CEO of the Job Creators Network, the nation’s leading voice defending small businesses from bad government policies. He routinely testifies before Congress and shares commentary with the nation’s top cable news channels and media outlets.

Born to immigrants in Southern California, Alfredo witnessed his parents fight for their own slice of the American Dream. Starting at an early age, Alfredo recognized the importance of economic opportunity and has dedicated his life to pursuing it and preserving it for the next generation.

Alfredo received his MBA from the University of Michigan and was a corporate strategist for numerous Fortune 500 companies, including Georgia Pacific and Kraft. He later became vice president of CSM Bakery Products’ Food Service Division, where he oversaw a five-fold increase in national account penetration.